Lars Brownworth, along the two podcasts mentioned in my first post, is one of the big figures in history podcasting and now seems an opportune time to mention him, given his recent release of a new book on the Normans.  His style is very clear and well written, and his topics are well chosen, but he is perhaps a little simple and introductory. Either way, he’s got a fairly decent body of work on both the Byzantines, the Normans and anything else that comes to mind.

In 2006-2007, Lars recorded this series (available at http://12byzantinerulers.com/) with his brother Anders and it quickly became a hit. Unlike the later History of Byzantium podcast by Robin Pierson (which I’ll mention in more detail in the future) this selects a number of key moments in Byzantine history to give an overview and introduction for beginners. The episodes range in length from just over ten minutes to almost forty minutes and generally focus on one emperor – although he does spend longer on Justinian and Constantine. The style feels a little stiffer than some podcasts that have emerged since, there’s few jokes or surprising diversion here, but the episodes are tightly written and well delivered. It’s much more akin to a lecture – but a good one, clearly showing his teaching experience. With the fast moving pace it acts as a great introduction to the period, covering the major threads of Byzantine history, but some listeners may find themselves wanting more detail and discussion. Along with this lack of detail, there is also perhaps a worry about what is being omitted here to keep things running smoothly in the name of popularizing the topic.

This series shot Brownworth, at that time a high school history teacher, to fame (with coverage in the New York Times* and other major media sources) and he then left teaching to write a book based on the podcast. Since then he has returned to teaching, while continuing the podcasting and writing momentum with a series and upcoming book on Normans. 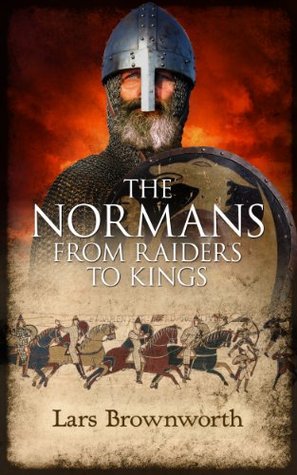 This series (from 2009 to 2013) is quite similar in tone to Twelve Byzantine Rulers, with episodes that focus on a particular ruler and last somewhere from ten minutes to half an hour in length. There are perhaps a couple of differences though; rather than picking out some key moments as in the Byzantine series, here Brownworth simply follows the historical narrative without skipping forward. This is a bit of an improvement, it gives him time to set the scene more and include more detail into the episodes. In addition to this, it feels less slightly like a lecture – there’s even a little bit of humour at times. The scope of the series is also rather interested, at least for someone like me with a British education – it’s focused much more on the Normans in Normandy and in Sicily.
I’m still only about halfway through the series, but it seems to cover the Norman contribution to the crusades as well. That’s a well covered area and I’d be interested to see his take on it – particularly as much of the rest of the series has been on lesser known characters. The last episode in the series was almost a year ago, but it’s likely that Brownworth got caught up finishing off his book.

He also has a blog called Finding History, in which he writes short posts answering historical questions from readers. This is really where a lot of the aforementioned missing details are filled in. It’s still very much aimed at a beginner audience but it’s a useful companion to both series.

I can’t really go into too much detail on these books as I haven’t actually read them! However, the reviews of 2009’s Lost To The West seem to fit with the podcast style – entertaining and aimed at a popular audience, but not particularly scholarly in places. Personally, as my starting point, I found John Julius Norwich’s A Short History of Byzantium to have a good balance between having the necessary detail and making the subject accessible to newcomers.
He has also just (yesterday, I think) released his new book, The Normans: From Raiders To Kings, which also promises to be an entertaining popular introduction to the Normans – particularly to those who may be unfamiliar with them outside of 1066.