Valens has a poor reputation as a Roman Emperor. Given that he presided over the disaster at Adrianople, this is understandable. This book goes some way to suggesting that although he could never be classed as a great emperor, he was a competent man who momentarily lost control.

The book starts at the last days of Julian’s reign and runs through the rule of Valentian I and his brother Valens.  Throughout most of the book Hughes takes a methodical, almost annalistic, approach.  The military campaigns and major events of each year are briefly described.  This is quite a dry style, but it does pay off when the author begins to draw conclusions later in the book.  The battle of Adrianople, and the campaign around it, is covered in more detail in the last few chapters.

END_OF_DOCUMENT_TOKEN_TO_BE_REPLACED

The quote on the front of the book says “If you only have time to read one book on the great man, you should make it this one”.  I wouldn’t entirely agree with that.  David Horspool’s book is largely a critical review of the myths and legends about King Alfred.  It doesn’t give a chronological narrative of Alfred’s life; there’s none of the the colour and myths and grandeur with which he often appears – but it is none the worse for it. 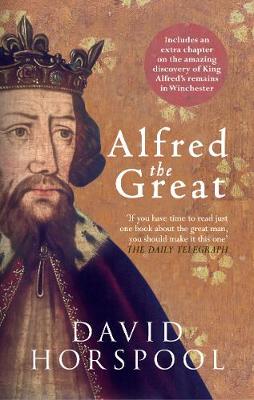 The real historical evidence and the growth of the legend are covered, and with some wit.  There’s a memorable phrase where Horspool describes the Victorian ideal of Alfred as a “Anglo Saxon head boy king”.  There is great detail on contemporary sources like Bishop Asser; on Matthew Parker, the Tudor archbishop who used the myth to boost the newly independent Church of England; and on later romantic portrayals in painting and theatre, all the way up to Bernard Cornwell’s Last Kingdom and the 1969 epic film starring David Hemmings, Michael York and Ian McKellan.