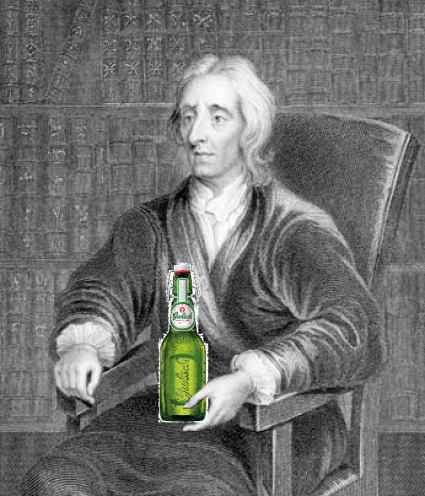 In 1683 John Locke fled into exile in Holland, after being connected to a scheme to assassinate Charles II.  While there he denied involvement or knowledge in such a plot and refused to implicate his friends.  His excuse, which amuses me, was that he was simply in Holland because he preferred the beer!  It seems pretty plausible to me.

(Unfortunately, I haven’t actually been able to find a primary source for that; it was mentioned in the introduction of my Penguin Classics’ collection of his Political Writings, and I have found mention elsewhere online.  Annoyingly many of his letters have been collected by a fellow called E.S de Beer, so google searches have been pretty difficult.  The man did seem to know his beer – as noted in this beer blog, with John Locke organising various types of British ale into categories.)